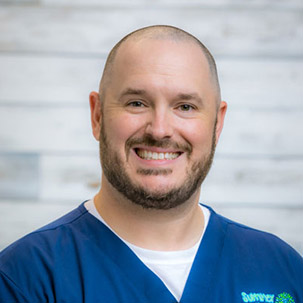 Dr. Andy was born and raised in Old Hickory, TN and is a graduate of Martin Luther King. Jr. Magnet High School in Nashville where he developed a passion for math and science, which led him to pursue a career in healthcare. Dr. Reed continued his education at the Methodist-affiliated Lambuth University in Jackson, TN. There he majored in Biology and minored in Chemistry, Environmental Science, and General Business. He was a University Honors graduate and a member of Sigma Phi Epsilon Fraternity where he served in several leadership roles. Dr. Reed pursued his dental degree from the University of Tennessee Health Science Center in Memphis and graduated from there in 2008 with the Award for Excellence from the University of Tennessee Pediatric Dental Alumni Association.

After completing dental school, Dr. Reed completed a General Practice Residency in Oklahoma City, Oklahoma at the Children’s Physicians Hospital where he received advanced training in sedation, hospital dentistry, and caring for both medically compromised and special needs children. Dr. Reed then earned his certification as a pediatric dentist by completing a pediatric residency at Virginia Commonwealth University Medical College. Dr. Reed served as the Chief Resident in his final year of training at VCU.

Dr. Reed elected to return home to Middle Tennessee and open his private practice in September of 2011. Dr. Reed is actively involved in numerous professional and civic organizations in the city of Gallatin and Sumner County. He is a 2014 graduate of the Leadership Sumner Program, the Sheriff’s Citizens Academy and is involved in many Chamber of Commerce activities. Dr. Reed has served on the Board of Directors for the Chamber of Commerce, Leadership Sumner Alumni Association, HomeSafe, and the Gallatin Little League. He is a member of the Gallatin Noon Rotary Club, the Gallatin Evening Rotary Satellite Club and the Young Professionals group in Gallatin. 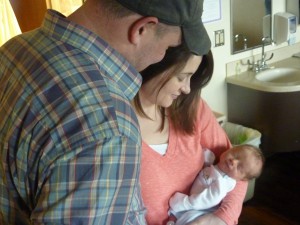 Dr. Andy is married to his college sweetheart, Rachel. They have two sons, James Thomas and Jacob Grayson. The Reed family resides in Gallatin and enjoys spending time with their friends and extended family. They are members of Gallatin First United Methodist Church. The Reed family can often be found at the ball field cheering on their two favorite athletes or at one of the professional or collegiate fields following numerous sports teams including: the Red Sox, the Titans, and the Preds. However, at the end of the day, their blood runneth orange. They are all avid fans and supporters of any University of Tennessee athletics program. Go Big Orange!

Back to Top
Website Powered by Sesame 24-7™ | Site Map